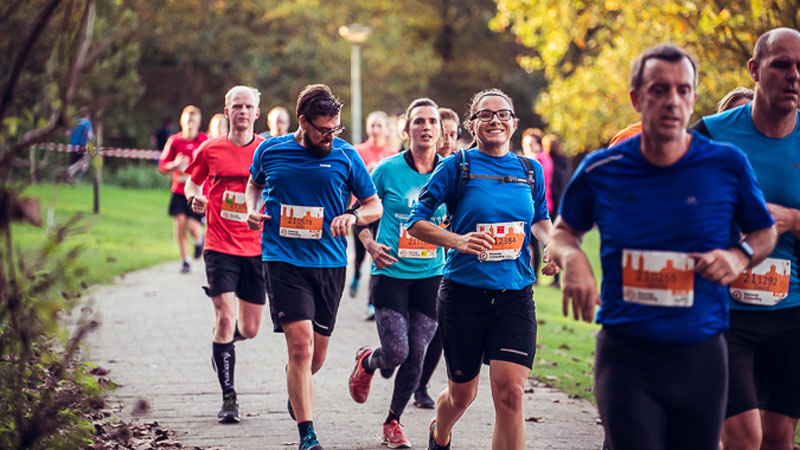 28 March 2021 is the first new date in the diary of all fans of running. The next edition of the Sofico Gent Marathon will take place on that day, and there will be a passage through the city centre of Ghent rich in artistic heritage for the first time ever.

This spring we were forced to postpone the Sofico Gent Marathon until further notice, and we - as organisation ? started looking for an alternative date in the autumn. However, under the current circumstances it is no longer realistic to have an event in 2020 that is both festive and safe. This is a great pity but it is the only right choice we can make. As a society we have to take our collective responsibility and comply with the measures that the authorities are issuing at the moment. It will require joint and large-scale efforts to get COVID-19 under control. In addition, we also have to take our own responsibility as an organisation to safeguard the health of the participants, volunteers, spectators and all other people involved.

6,000 participants were due to present themselves this spring to explore the new course of the Sofico Gent Marathon, including a passage through the art historical city centre. Their proof of registration will automatically remain valid for the 2021 edition. Participants do not have to do anything else. The announcement of the new date is a sign of hope and it is a concrete first appointment in 2021 for the Belgian and international community of runners. From mid September people will be able to sign up for the 2021 edition.

Title partner Sofico is also already looking forward to 28th March 2021. "We at Sofico have always kept running", says Corinne Martens, Sofico's HR Manager. "At Sofico, we have kept running. In the meantime, our in-house running club already has about forty runners who go for a run together in the area around our offices during their lunch break or at the end of the day. They are a paragon for our new corporate culture. A culture that attracts many developers, business consultants and other talent. Healthy employees are happy employees. That is our on-going commitment," says Corinne Martens, Sofico's HR Manager.

Bashir Abdi, Ambassador for the Sofico Gent Marathon, will attempt to break the world hour record at the 44th AG Memorial Van Damme next week Friday. The sympathetic man from Ghent will be joined by four-time Olympic Champion Mo Farah. To reach their target, the training buddies will have to cover 21.285 kilometres in one hour. Obviously, the European Record of 20.944 kilometres, which is held by Jos Hermens, is also one of the goals. Moreover, Abdi will also be able to have a go at beating Gaston Roelants' Belgian Record, which was good for 20.784 kilometres in 1972.